A Brief History of "Slippahs" in Hawaii 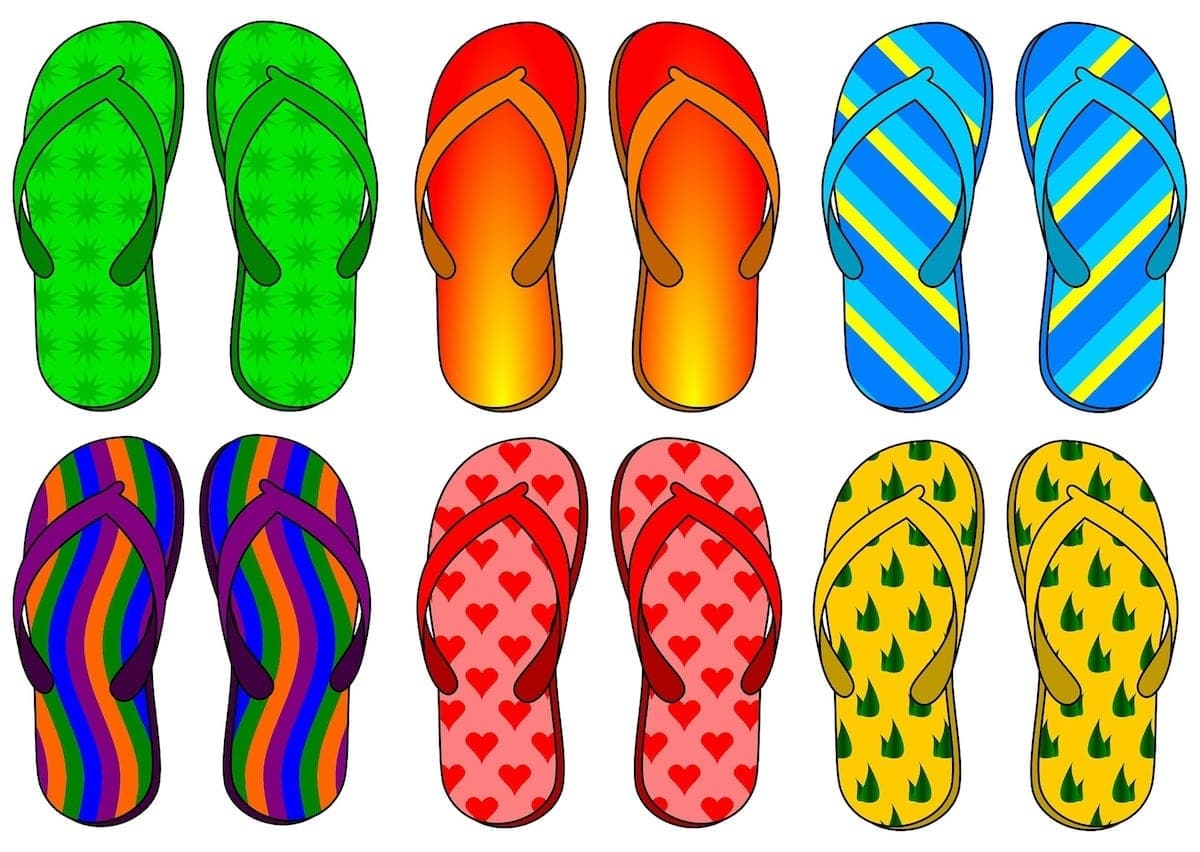 Here in Hawaii, we don't call them flip-flops, thongs, zoris or jandals. No, they're slippers, or slippahs. We wear them at all times and for every occasion. Whether we're headed out to a fancy dinner, around the corner to the grocery store, or to the beach, slippers are usually on our feet. But where did slippers come from and when they first appear in Hawaii?

It's believed Y-strapped (thong-style) sandals date back to 4,000 BC where the ancient Egyptians wore sandals that were made of papyrus and palm leaves. Other versions from ancient times were made of rawhide (Africa), wood (India), rice straw (Japan and China), sisal plant leaves (South America) and yucca plant (Mexico).

While slippahs could occasionally be seen on the mainland of the United States, it wasn't until after World War II when soldiers returned from Japan wearing zoris (the Japanese version of flip-flops) that they became more common. In the 1960s, as California "beach culture", epitomized by the Gidget movies and the surfing boom, really hit the mainstream, flip-flops sales took off. Not just worn to the beach, flip-flops now started replacing casual shoes for many warm-climate wearers. In Hawaii, a transplanted New Englander, Elmer Scott, was a cobbler by trade during the 1930's, mainly making rubber boots for plantation workers. However, with the outset of WWII, boot-making materials became scarce. So instead of boots, Scott focused on making sandals for submariners and open-toed casual shoes. After the war, he focused his business on making slippers. Scott's cobble shop, which is still in business, is now run by his son Steve and his two sons, and goes by the name Scott Hawaii. Scott Hawaii rubber slippers are some of the most popular in Hawaii. It's debated whether Scott was the first maker of rubber slippers in Hawaii, but he was definitely one of the first. (To learn more about the complete, and we mean thorough history of slippers in Hawaii, we recommend reading this article from Hana Hou, yes the Hawaiian Airlines in-flight magazine.)

Today slippers come in all shapes, colors and price points. Whether you purchase cheapo rubber slippers from Walmart or $150 leather slippers from a department store, just know you'll fit in everywhere on Maui. Just don't call them flip-flops!