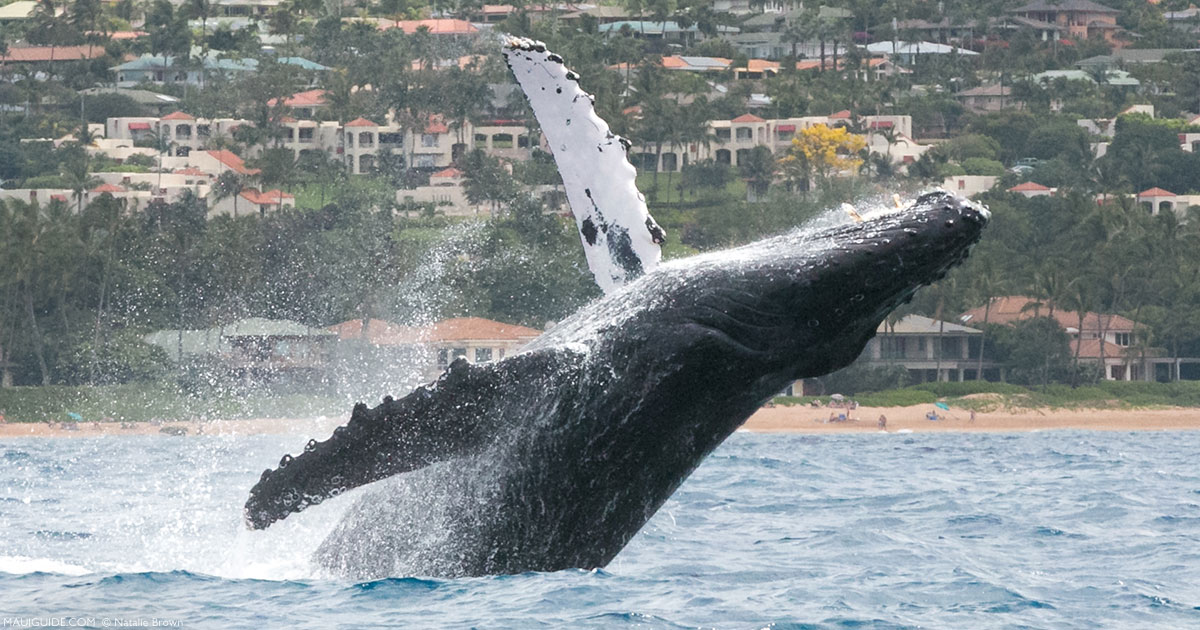 When you join us on a whale watch tour on Maui, breaching is one of the common actions you're likely to see. Breaching is when a whale throws its entire body out of the water. It's an awesome to sight to witness, to be sure.

But why do humpback whales breach?

Until recently, most whale experts believed there wasn't one reason. It's kind of like asking, why do humans run? We run for play, exercise, to escape danger, etc. Among the reasons, scientists believed whales breached were for communication, a way to warn others of impending danger, as a way to stun prey, and as a sort of mating ritual competition between males. However, in November 2016, an article titled "Evidence for the functions of surface-active behaviors in humpback whales (Megaptera novaeangliae)" was published in the Marine Mammal Science journal. The authors of the study concluded, with some certainty, the main reason for breaching (and tail/pectoral slapping) is communication. Simply put in human terms, an acoustic sound like a drum travels further than the voice, which is why cultures once beat on drums to communicate from village to village. So while whales can sing beautifully, in order to contact other whales further away, they need to beat on the water to get the message out. As for the other reasons whales breach, while those listed above may be partially true, it never fully made sense to scientists why whales breached in Hawaii. While the humpbacks do mate here, they don't eat. That's right, they fast the entire time they're in Hawaii. They also don't have any natural predators here. So breaching to stun their prey or warn of danger seems dubious, at best. Especially when you consider how much energy a whale expends to throw 30 tons of body out of the water while they are fasting. So next time you see a humpback whale leaping out of the ocean or slapping its fins, it isn't just for show. They're probably communicating with other whales miles away.