Seeing whales on a whale watch tour is awesome. No doubt about that. But do you know what else is awesome? Seeing dolphins! But is it legal to swim with them?

On October 28th, a new rule goes into effect where snorkelers, swimmers, SUPs, drones, boats, canoes, and kayaks can't be closer than50 yards from Hawaiian spinner dolphins while within 2 nautical miles of shore.  This is to protect them since they come closer to shore to rest (they're nocturnal.)

That being said, if they engage with you, and you don't make an effort to pursue them and are making an effort to move away, it's ok to be around the dolphins.

One of the best ways to see them is on our snorkel tour to Lanai. Spinner dolphins, the type you are most likely to see around Maui, are considered one of the most athletic sea mammals for their amazing aerial leaps. As we navigate to and from our snorkeling areas, it's ok for dolphins to enjoy the wake of our boat, so long as we don't change course.

Here are 10 facts about these beautiful creatures: 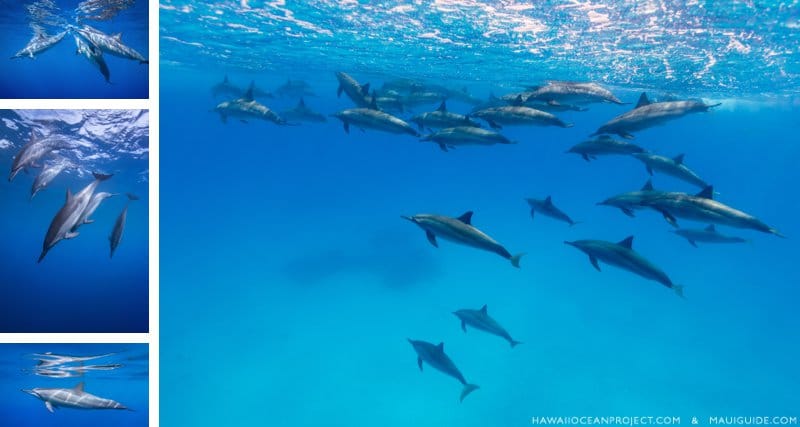 While we don't guarantee seeing dolphins on our Lanai Snorkel adventure, rare is the day when we don't see them. The dolphins love to play in the wake left by the boat and leaping in front of the boat.